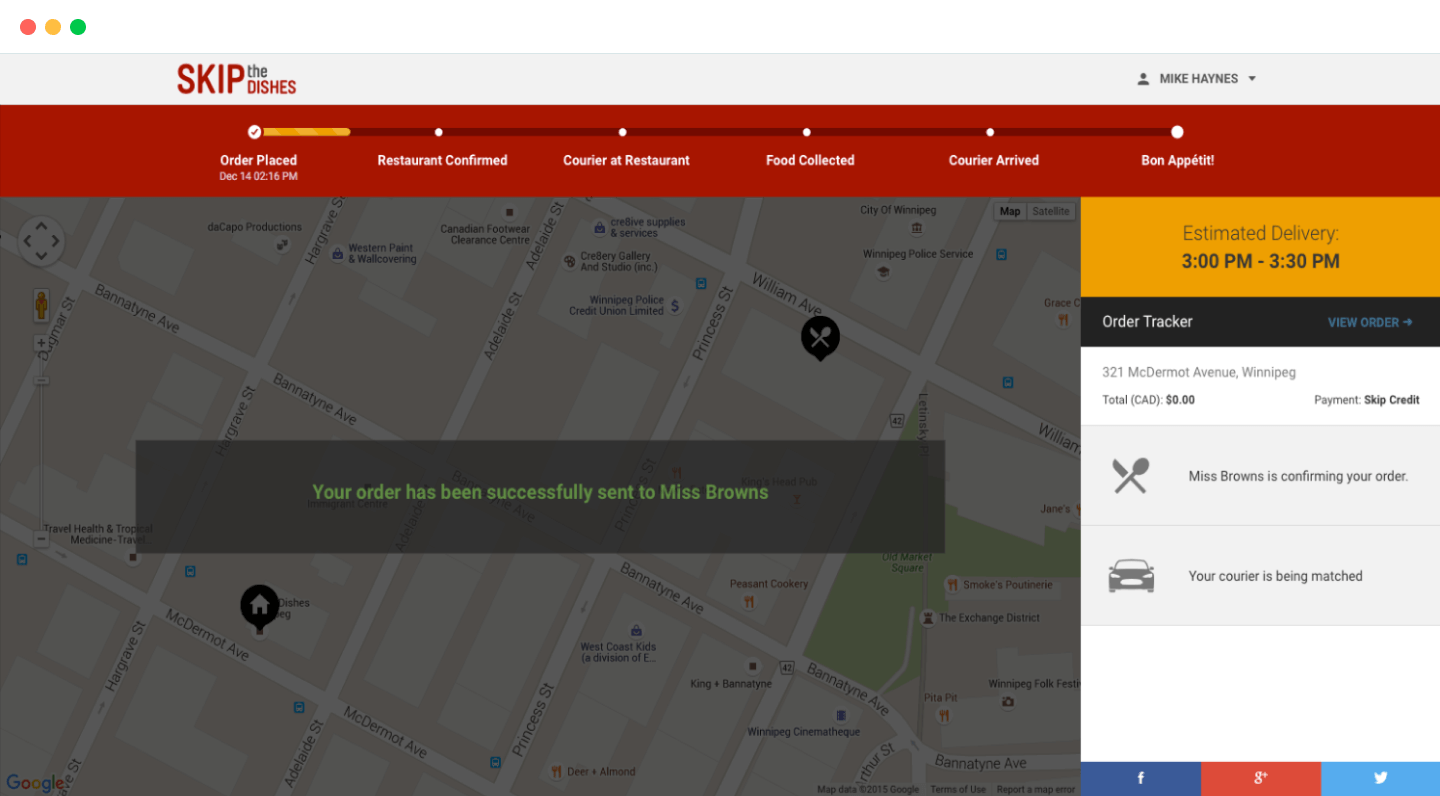 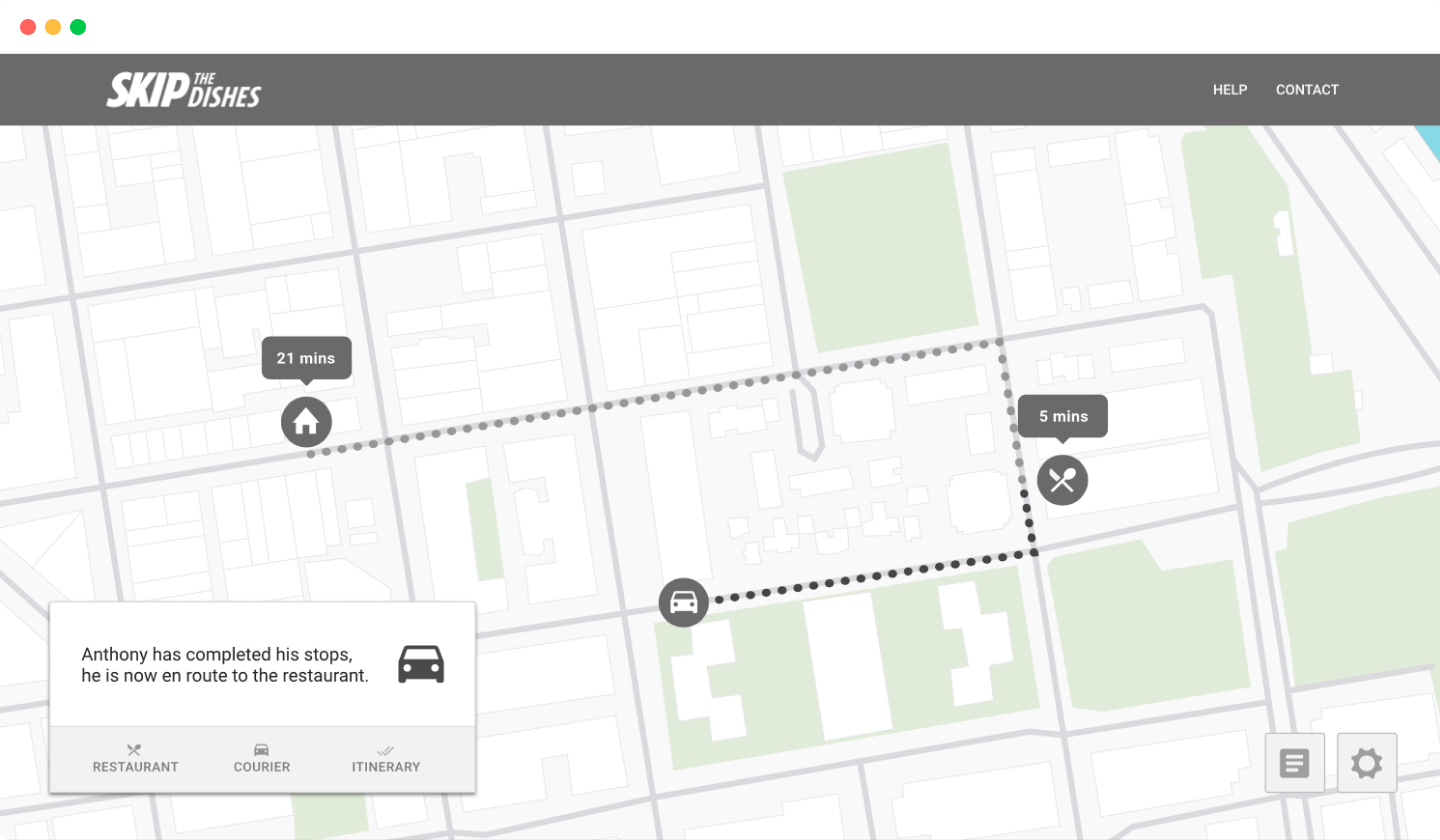 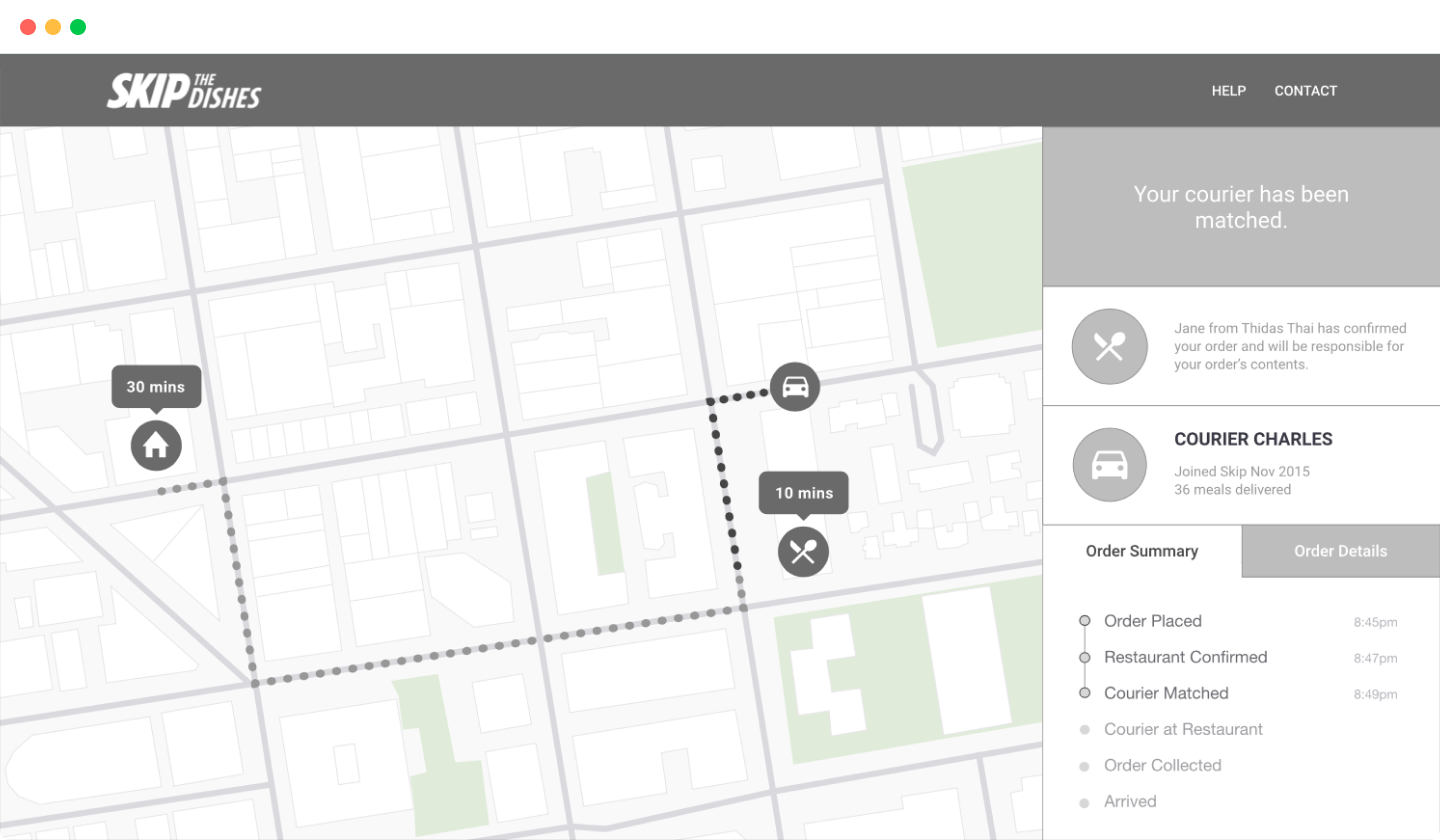 We ultimately chose to keep the sidebar as we felt that removing too many informational elements might be confusing to customers and require too many clicks on their part to get the information they needed in a timely manner.

With the concept and direction of the order tracker defined, I began focusing on the look and feel. We wanted the new order tracker to stand out from the crowd of other delivery services with a fresh, modern interface, and add some fun to the process by animating the journey of the courier as they drove to the customer’s location. 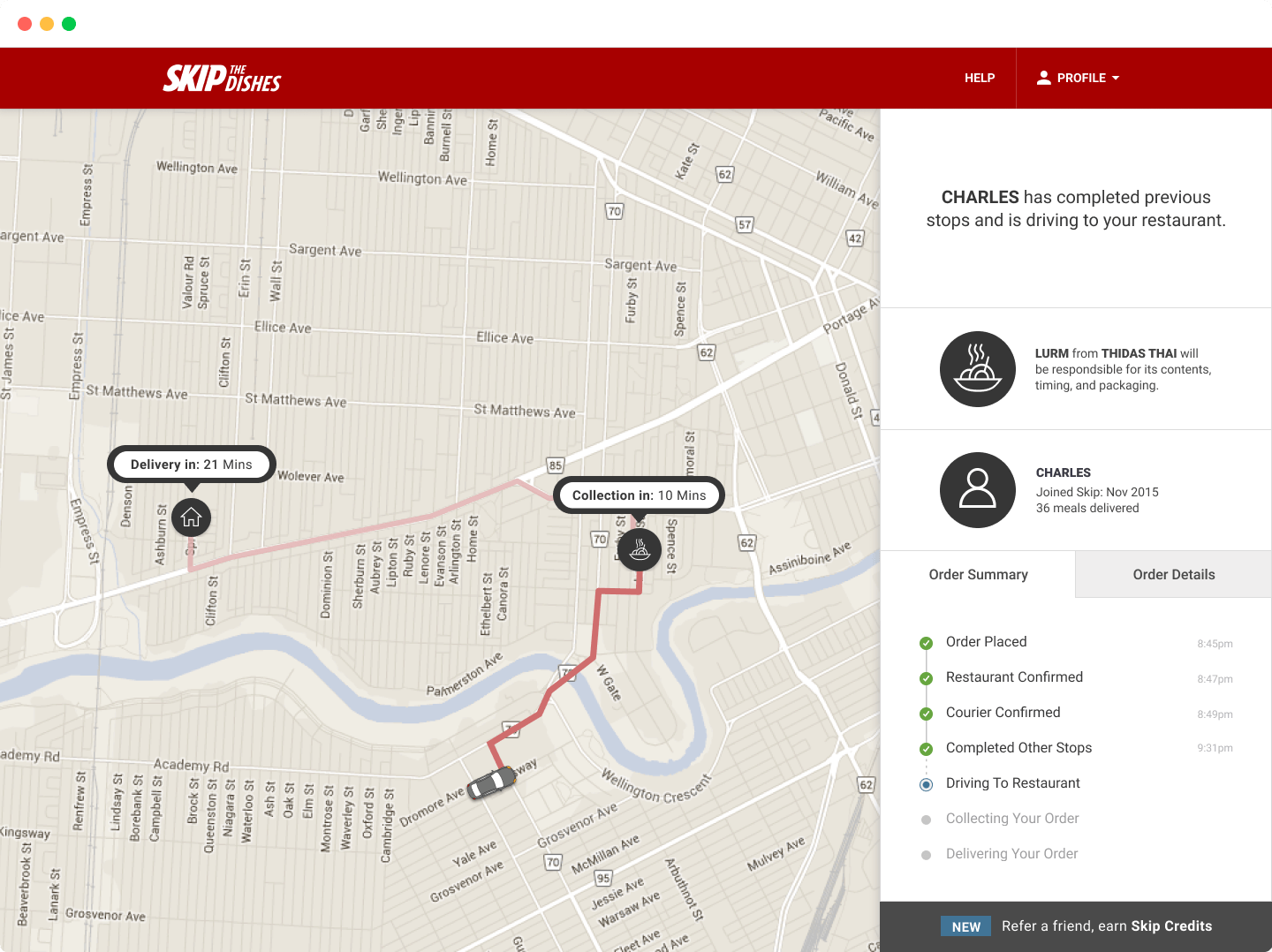 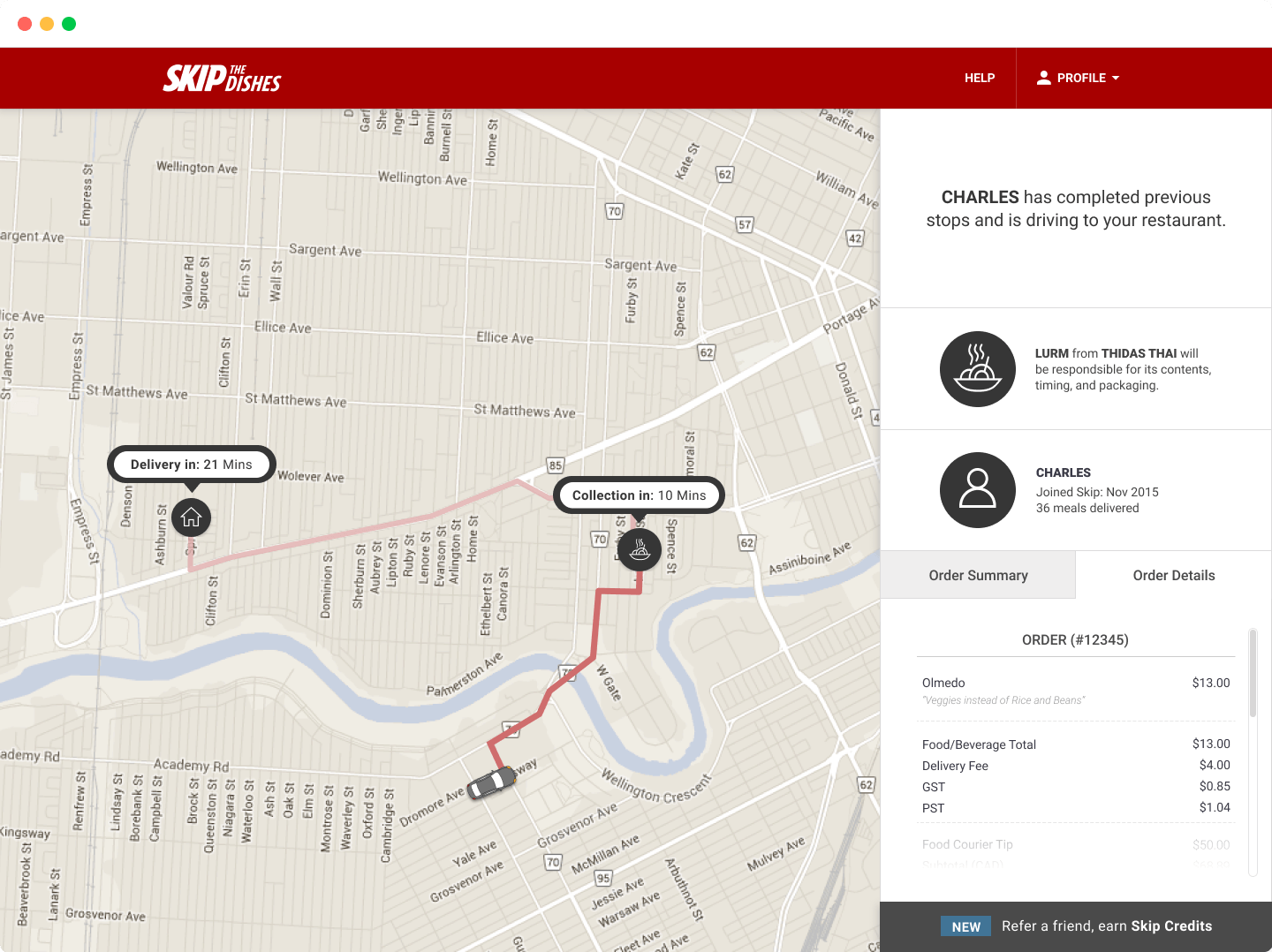 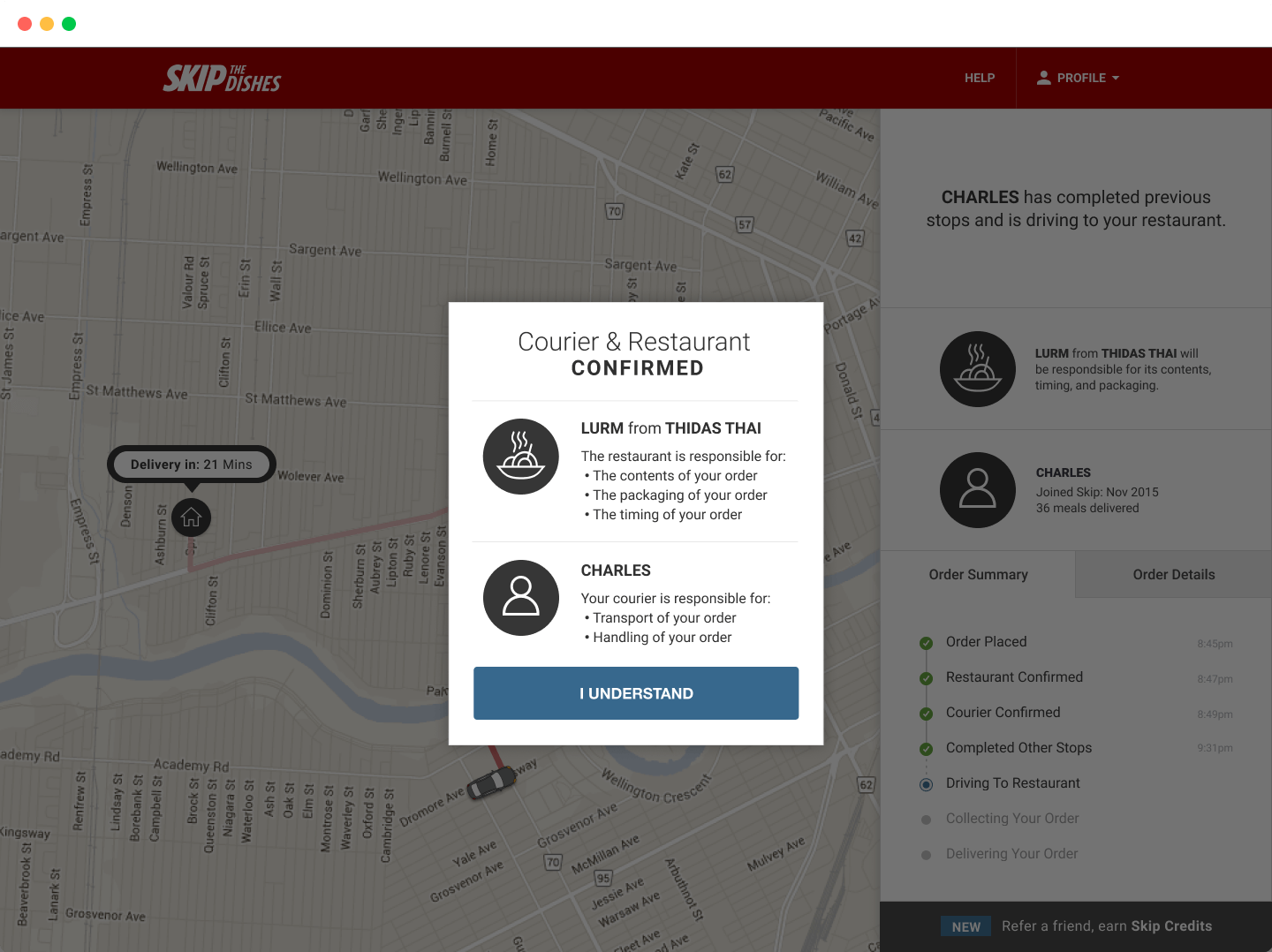 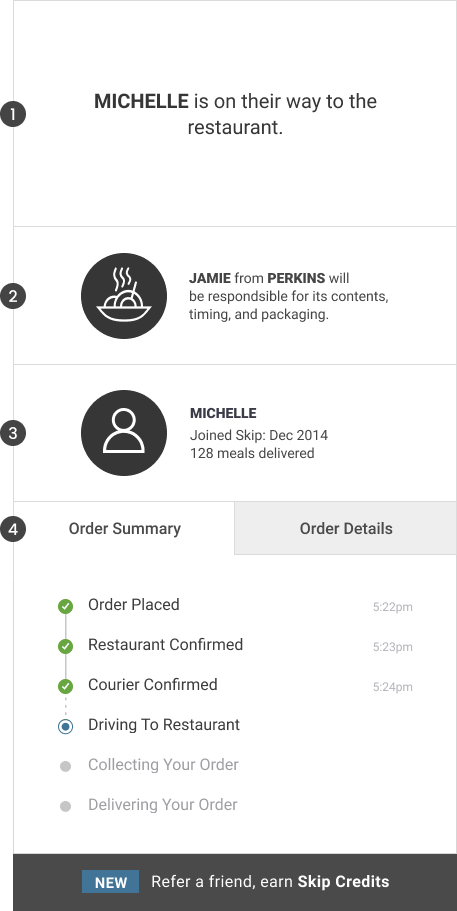 Our updated tracker was well-received by customers. In particular, they told us they enjoyed watching their courier drive along the route to their location and knowing exactly how long it would be before they arrived. Because of this, we saw a noticeable decline in order status related support tickets.

Shortly after completing our work on the updated order tracker, we began conceptualizing a version of the mobile app for Android and an updated version of the Skip app for iOS. We wanted to design the two in tandem to ensure a consistent experience for customers regardless of which device they were using.

While we wanted to ensure that the new Skip apps felt as close to native as possible using each platform’s spec, we wanted to have the Skip voice shine through. After exploration, we landed on a style that simultaneously captured the familiar Skip look while feeling native to iOS and Android respectively. 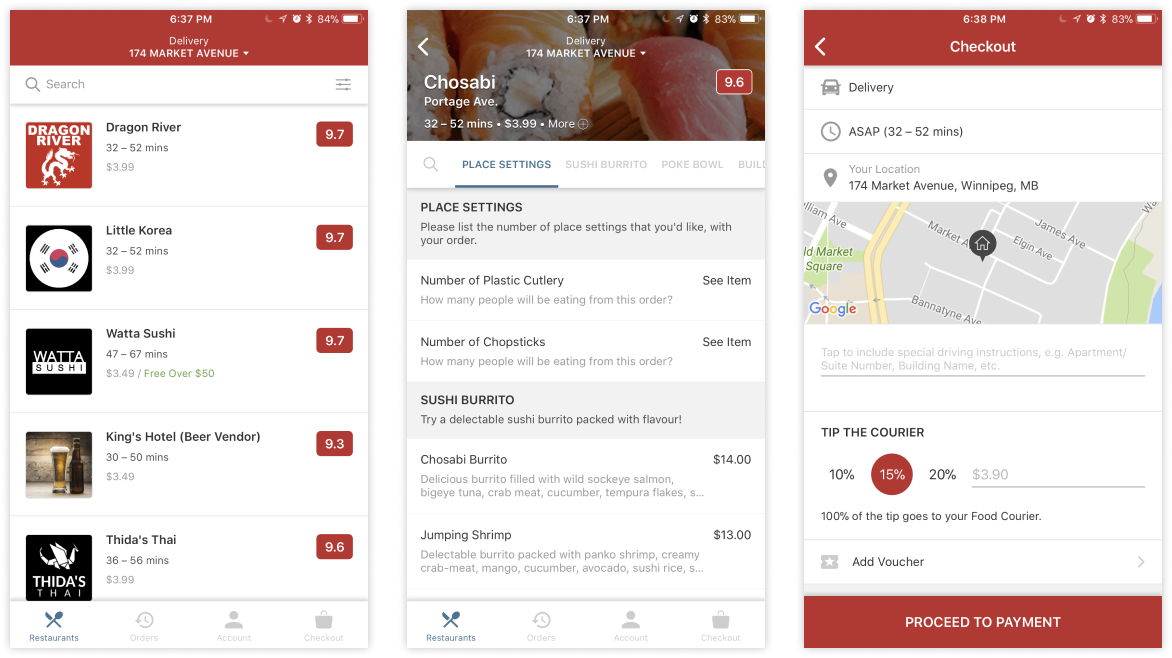 Android users had been waiting a long time for the app so we set an aggressive deadline for both releases to launch within 12–18 weeks. In the final stretch of development, the design team worked directly with developers to ensure pixel-perfect results and both apps launched successfully in 2016. 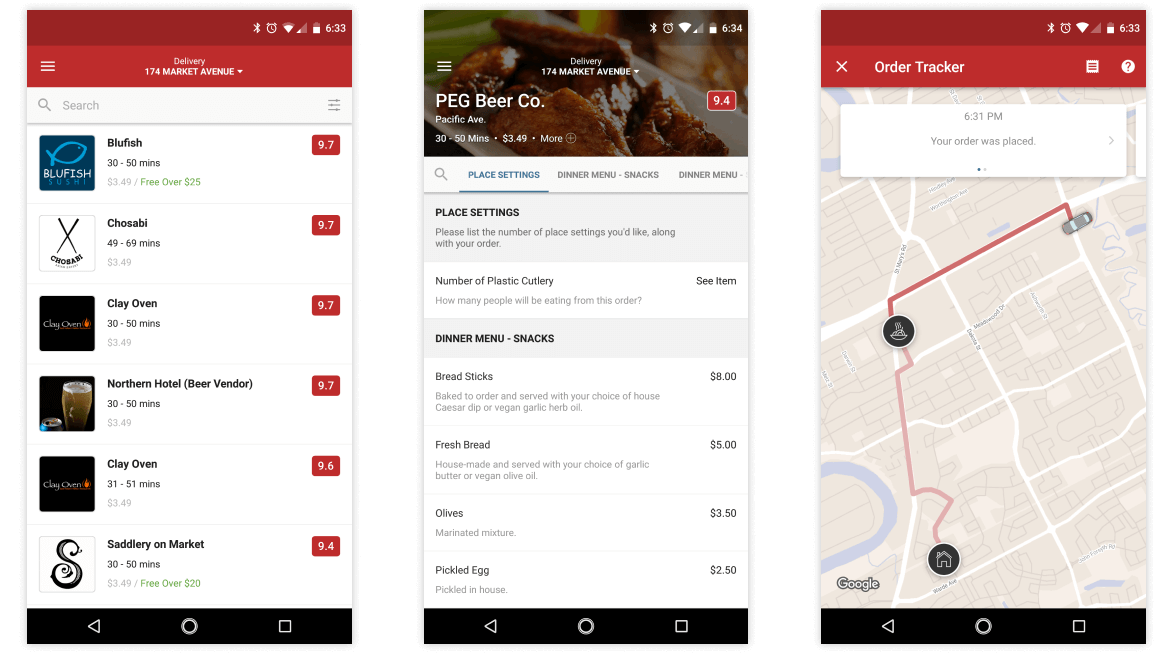 Both apps were well received by customers based on the reviews and feedback submitted to the iOS App Store and Google Play Store. Android customers in particular were excited to have a version available for Android, allowing them to take advantage of native app features like push notifications.